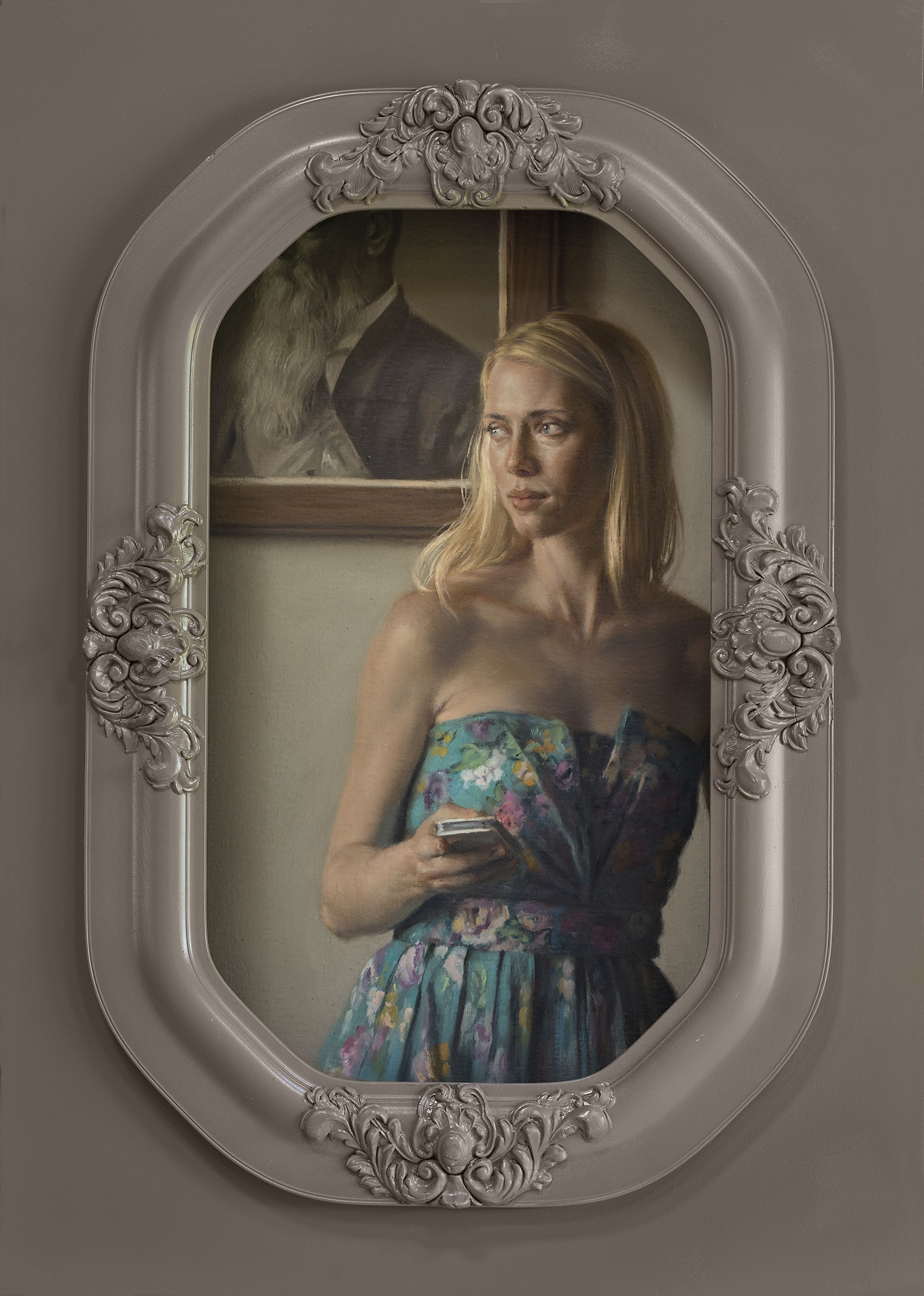 2014 Odyssey: A Pilgrimage with Alexis Preller 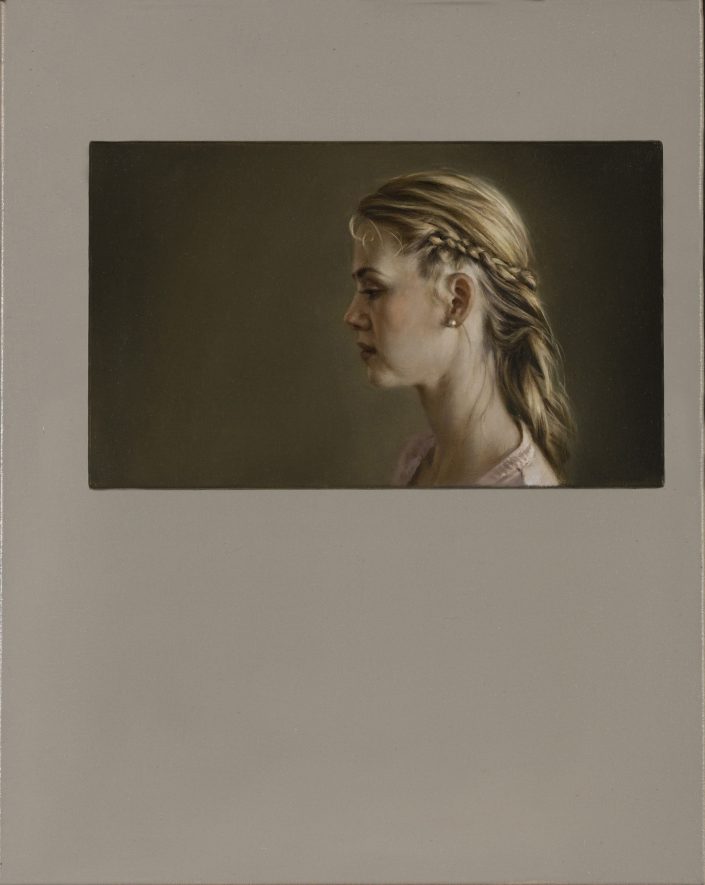 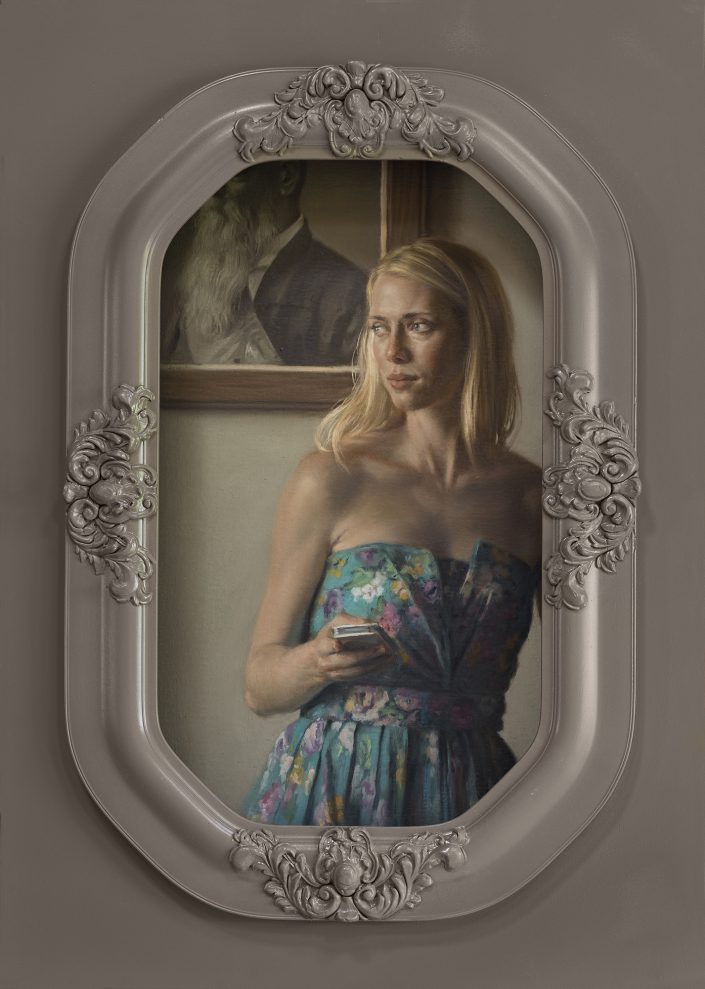 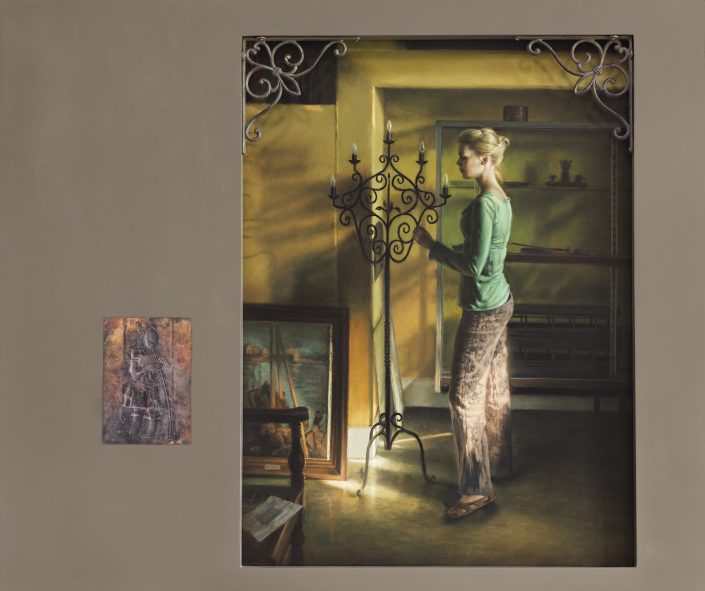 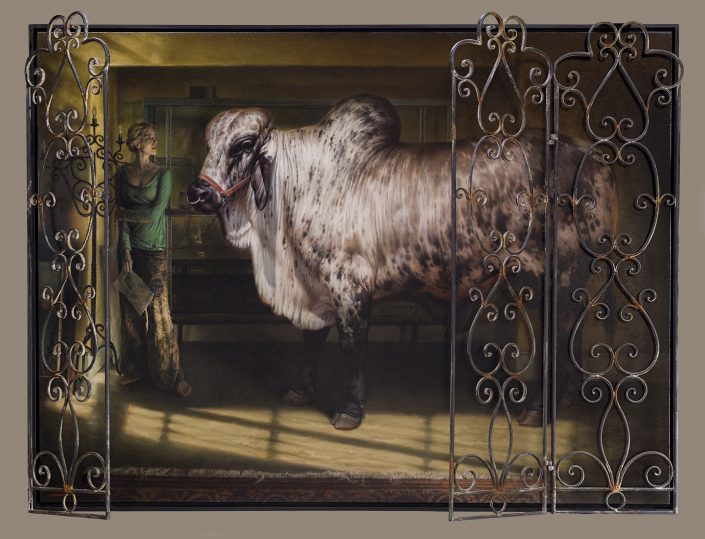 Odyssey: A Pilgrimage with Alexis Preller

Inspired by the creative energy of the French countryside and fascinated by emotions and inspirations that span eras and genres, the author and the artists conceptualised a project where the word and the brush would engage in an artistic exchange and that would be presented symbiotically.

The author reacted to the painting with a variety of literary texts: a poem, a short story, a brief literary journey with autobiographical impressions.

These texts were presented to the painters who, in turn, interacted with the texts, as well as the original Preller painting, through their own works of art. In a moment of creative ecstasy, painter Louis Jansen van Vuuren produced a short story and a poem – a virtuoso display of word skills from the painter’s versatile palette.

The aim of this exhibition of word and image is to investigate and expand the concept of artistry, and the inspiration the artists find from existing works and from each other. The concept of colonialism is also explored in order to fit the overall theme of the Visual Arts Programme at the 2014 KKNK.

The cross-pollination of visual and word images becomes an odyssey of the arts, an endless journey in which not only Alexis Preller is observed anew and re-evaluated, but a journey presenting new flights of wonderment and discovery.

The artists involved in this project are South Africans with an intimate connection with both Africa and Europe. They live, as does Alexis Preller, in a fascinating space with multiple influences and allusions, a space which melds the real world with an internal, psychic landscape. Whether they live in passionate, contemporary South Africa or in romantic, Medieval France, their “home” is the small blue planet, and the breathing of the ages now is the heartbeat of the moment.

Furthermore, they have first-hand experience the political changes in post-Apartheid South Africa over the past 20 years. By incorporating into their work the South African landscape and the dramatic socio-political changes, the artists now express their bleak introspection in visual form and in text. However, the works of art do not pose a political manifesto, they remain the artists” reaction to a particular given.

It is a well-known fact that the artists – the painters and the author – are very closely involved with the work of other artists, both artistically and as mentors. This might be the reason why they manage to bring back their references to current, contemporary, culture-specific imagery. The result is a unique journey through a trans-cultural landscape. By using their own and much-loved objects and themes (household gods according to Preller), the artists incorporate into their work allusions to their own lives and their native soil.

In her texts, after interacting with the primary text, Alexis Preller’s “Mango in a cage”, Riana Scheepers returned to her native soil, sultry and subtropical KwaZulu-Natal. The space in which the child grows up. is warm like amniotic fluid, pulsating like a succulent mango. It’s a sensual, virile world of innocent child’s play and natural urges, already showing the first signs of sin brooding in the underbrush. The mango, as depicted in Preller’s painting, already shows the first signs of decay.

The child returning as an adult to an imagined world of primordial happiness, is perplexed by the harsh realities of socio-political change, the loneliness of modern man’s increasing isolation.

The childhood past and joys, as symbolised by the mango, now is a foreign country, both reality and illusion.

Louis Jansen van Vuuren created two series for this project. The point of reference in the first series is “MangoMadonna”, followed by two works, viz. “Civilisation 1” and “Civilisation 11”.

In the first painting Jansen van Vuuren bows to Preller. A serene, almost idealised Madonna is displayed, in the same way as Preller’s mango in the cage. But by no means this Madonna is an object of desire. She regards everything with a piercing look – how mankind lies and cheats, and what we will leave behind on earth. In a progressively darkening space she looks down to the vulnerable source of life in her lap. Jansen van Vuuren concludes the series with a work titled “Civilisation: l’envoi”, and inspired by the conclusive text of “Mango Odyssey”. Here is a young hero floundering and drowning in the salt waters of the Cape, triumphantly brandishing the banner of colonialism on his way to a new country.

Jansen van Vuuren’s second series is titled: “The divestment 1”, “The divestment 2”, and “The travels of Josephine”. Josephine regards the world with the same piercing look as that of MangoMadonna. In “Divestment 2” the young woman in the first painting, her hair blowing in the wing and innocently unaware of the ravens of darkness, is overpowered by the raven perching on her head and taking over her thoughts, dethroning her as it were. In the last painting of the series, the raven already part of her psyche, she closes her eyes. Josephine’s journey, her odyssee, has started.

Alexis Preller had a significant influence on Margaret Gradwell’s philosophy as an artist, her style of painting and her technique. As a student she already was aware of his enormous contribution to the post-colonial identity of South Africa and his never-ending quest to capture the heartbeat of Africa in his work. The very same quest is to be found in Gradwell’s work. Preller’s “Mango in a cage”, together with additional stimuli in the literary text, would be a logical starting point for Gradwell.

In the very same smouldering, earthy colours used by Preller – radiant blue, green and mango yellow – her paintings form part of the South African narrative with its changeable identity. Apart from the inspiration of the overpowering beauty of the Free State (where she’s been living since 2013), she is also acutely aware of the country’s tragic past, and the current disrupting racially and politically motivated manifestation thereof.

Inspired by the text of “Homecoming” (Mango Odyssee: 4) Gradwell creates a series of paintings, the first two of which depict the overwhelming joyousness of the “Zion’s song of joy” and the “Jubilation of coming home”. In the last three paintings there is a change of tone in order to echo the changing key of the text (the “dark-skinned friends of her youth” with “brandished spears, AK47s, necklaces”). Clearly visible in her rendition of highly disturbing incidents that took place in the familiar landscape during the Anglo Boer War, is Gradwell’s historical consciousness in exchange with the present.

The final piece in the series, with its heart-rending scenes from the Anglo Boer War, is significantly titled “Survival”. The artist thus implies that there is a creative impulse in every moment of life, even in times of conflict and trauma.

From the outset Van Schalkwyk’s source of inspiration is the ambiguous interaction between the concepts of “imprisonment” and “freedom” in the Preller painting and in the literary texts. The texts of both Scheepers and Jansen van Vuuren tell the story of a child, an innocent child unblemished by politics, racial discrimination and prejudices … or can this not be? With a relentlessly critical eye, but also with compassion, the painter sketches a larger, more disturbing scenario than the carefree playing environment of the child. He abstracts a larger space, creates a vision. He in effect paints open the spatial limitations of the literary text and infers that the happy child will indeed one day be an adult.

As do the authors, Van Schalkwyk creates a visual narrative with theatrical elements. The sensual girl-woman in Scheepers’s texts, as well as the sensitive painter boy in Jansen van Vuuren’s short story, resonates in the main female character of Van Schalkwyk’s narrative. His works of art become theatrical fiction, his décor dramatic props.

The ruthless reality of a post-colonial South Africa, at times too unbearable to observe, is softened by the allure of romanticism and beauty. As in the authors’ texts, there is always a threatening presence, mostly in the form of a wild beast lurking in the thickets of the wood. In Van Schalkwyk works this threatening presence is suggested by closed or obscure spaces of glass, concrete and metal. Paradoxically, the threat is also object of admiration and worship, whether it be in the transitory painting of a forbear in the double portrait “Fragile”, or the magnificent bull displayed in the lounge (“Huisgod/Domesticated”). the delicate barrier of wrought and serrated iron is only an illusion, the adder is still being cherished in the bosom.

Van Schalkwyk’s installation works comprise a variety of media, including oil paintings and structures of glass and rusty metal. The use of these structures intensifies the feeling of captivity in the visual images. It becomes, as in Preller’s “Mango” and Scheepers’ text, “a cage of razor wire and alarm”.

Van Schalkwyk also plays with colour, as do both authors in their texts. “Green and yellow” not only refers to the Scheepers text with the same title (“Mango odyssey: 1”), but also to the symbolic meaning of excellence it bears in South Africa. In contrast with the warm colours, he uses grey to suggest the cold, stark and lifeless qualities of the modern society (like in “Green and yellow” and “Fragile).

The juxtaposition of masculinity and femininity, and the domestic space as opposed to nature, confirms Van Schalkwyk’s involvement with freedom and captivity. Ironically, this series of paintings forms part of a pilgrimage, a journey implying escape as well as coming home. The artist thus presents an alternative, or a corrective, for a cheerless existence.

Preller’s “Mango” is the private property of Vermeulen-Breedt. It therefore was logical that this work of art should be the primary source of inspiration of the Alexis Odyssee project. Vermeulen-Breedt, however, is as sensitive for the nuances of the written word. In the Mango-Odyssee text she returns to her childhood landscape and that which has almost become her mark ‒ her fascination with unsophisticated play and innocence.

The image of naked children sensually munching on fruits of the forest, conjures within her all those evocative symbols of the untamed, unspoilt virgin forest. The forest symbolises an uncontaminated space, filled with cherishing and promise, the antipole of the city’s gilded decadence and so-called “civilisation”. Just like the forest, as depicted in “Idyll”, children are without any political prejudices and pretence.

Despite the fantasy of a forest in which a child can lose himself, the menacing undertone of danger, or simply change, is almost tangible. And often change is accompanied by a budding awareness of sensuality. Calypso, the seductive nymph whom Odysseus banned to the island of Ogygia, symbolises that which can cause any purposeful being to go astray, as did Adam and Eve in the tale of Eden.

The two “Footpath” paintings, Awakening and Seduction, depict the child’s journey towards adulthood. The Maypole dance (in “Footpath – Awakening) is a ritualistic crossover from innocent child’s play to the intrinsic love game of a young woman weaving her web of seduction, defining her own life. She loses her innocence, and starts her own Odyssee, a journey to the faraway lands of bodily and emotional growth. She becomes a she-wolf, living instinctively in a snowy landscape, where heat is only a memory.

The final piece “Homecoming – Cry of the trumpeter hornbill”, stands in sharp contrast to the first paintings in the series. It becomes a macabre homecoming, an outcry for a lost idyll. The pristine forest had to give way to “civilisation”.

What is experienced by the artist who was part of a pilgrimage, an exciting exploration, a homecoming? Maybe just that in which painters and writes have shared throughout the ages – the wonderment and woundedness, the agony and the ecstasy, the satisfaction and disillusionment of the creative processes

And always, but always the realisation: The journey has only just begun.